A Little Something About Songwriting

March 25, 2022
My ill-fated music blog returns after nearly a year of silence. Raising three kids under 5 during a pandemic tends to have a temporary freezing effect on elective pursuits. But I'm here now. I was looking through entries I'd done for an old deleted blog and ran across something I wrote about songwriting in 2009. I was struck by this entry because, although I love songwriting, I haven't written a new song since 2018. It's not that I don't have anything left to say - at least I hope not. It's more that I haven't had the time or energy; our household has been in survival mode for the past two years. I've had a few ideas and phrases floating around, but finding the time to work with them has not been easy.  An additional difficulty is that music, while a sincere passion of mine, is not my day job. Anyway, here's what I wrote nearly 12 years ago. I find that I feel it's still true: "Eager Anxiety* has been taking a break, so I ha
Post a Comment
Read more 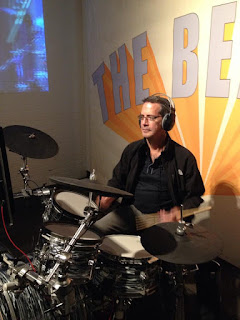 Mike Deeney is a drummer, singer, guitarist, ukulele dabbler, and music aficionado, who has been making music in Minnesota and its environs for over five decades. He is also my uncle (married to my dad's sister) and we serve on the board of a music nonprofit together . He has been the backbone of many bands, including Chord City and Nirvana (not that Nirvana...he'll explain below). Mike is a gifted musician. For one thing, he can sing and drum at the same time, a rare talent. As an admiring nephew, I find that Mike has an impeccable sense of what fits a given song. For example, he knows just how much drums to apply, which is an important skill for an instrument that can be a sonic sledgehammer if wielded with abandon. While Mike can kick out a solid rock beat, he also possesses that quality of judiciousness that makes for an excellent drummer. Mike has an innate gift for quickly finding just the right vocal harmonies. While music wasn't his day job, it's an integral p
Post a Comment
Read more

That Rock and Roll Lifestyle

October 25, 2020
Musicians have been writing about making music for a long time.  There are plenty of famous songs about being a working musician on the road, like Willie Nelson's "On the Road Again," or Bob Seger's "Turn the Page," or Jackson Browne's "The Load-Out."   Other songs of this nature might focus on a particular performer - real or fictional - like Elton John's "Bennie and the Jets" or David Bowie's "Ziggy Stardust."   I am, of course, omitting dozens of songs that would fit this theme (it's a blog, we don't have time). For a while now, I've been collecting a sub-genre of the "working musician" song, a sort of satire, often self-deprecating.  These songs are funny - sometimes in a dark way - but they're not full-on gag songs.  We're not talking about a song like "Opening Band" by Paul & Storm (as fitting as that song is). The playlist I have assembled so far has three broad
Post a Comment
Read more 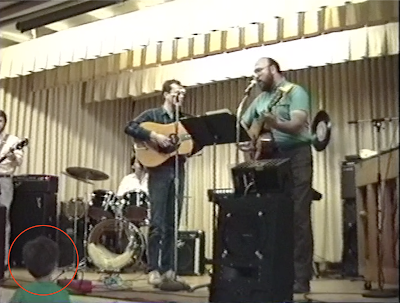 This blog has been conspicuously dormant for a while.  I wasn't kidding when I called it "potentially ill-fated."  Last time I posted anything was last summer.  A lot has happened since then in my musical life.  And I'd like to tell you about it.  If you're interested, that is.  If not, why are you reading this? Still here?  Okay then.  Let's start at a church fundraiser in 1989.  Here's a grainy still from a video shot at that event. Chord City, circa 1989 There is a little boy in the lower left-hand corner.  His head is circled for your convenience.  He is watching his father (center, face obscured by microphone) play guitar, along with his dad's uncle (drums) and their long-time friends.  Members of this group have played together for years, long before this little boy was born.  This is the first time he's seen them play together publicly.  He'd been to a practice or two, but this is the real deal.  There is his dad, up on stage, pl
Post a Comment
Read more

Portrait of an Effective Song: "Mama" by Genesis

July 16, 2019
I didn't like "Mama" by Genesis when I first heard it.*  The grinding synthetic heartbeat that drives the song is unsettling, even anxiety-producing.  Bump-bump, CRASH! Bump-bump, CRASH!  Bump-bump, CRASH! Bump-bump, CRASH!  It feels like a sci-fi Telltale Heart , a relentless pounding that hurtles toward insanity. I now consider "Mama" to be a brilliant and emotionally effective song.  By emotionally effective, I mean that the song evocatively portrays the feelings contained therein, both instrumentally and lyrically.  Keyboardist Tony Banks used some sort of unearthly synthesizer sound for the main melody, a kind of eerie whale call echoing into darkness.  It resembles sounds you might hear in an old haunted house film, but manages to avoid sounding silly.  Underneath the main melody is a subtle, but percussive and frenetic rapid-fire organ following along in time with the heartbeat.  At other times, a more subtle synth pad fills in the sonic space, but nev
Post a Comment
Read more 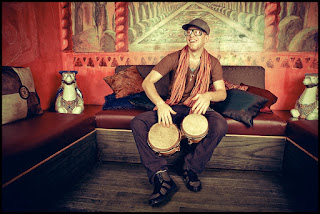 Chris Paquette is my non-biological brother and one of my longest-lasting friendships.  He and I were born six days apart. His dad is the mutual friend who introduced my parents to each other.  Chris and I grew up together.  Chris started playing alto saxophone in grade school, but found his real musical calling in percussion in his teenage years.  He has been keeping the beat ever since.  An accomplished musician, Chris has played with acts covering a broad spectrum of genres and styles.  Although he moved to Chicago nearly two decades ago, we have kept in touch and jammed whenever we've had a moment.  As an amateur, it's a real privilege for me to get to play with a "real musician" from time to time.  I was honored when Chris agreed to play percussion at my wedding during a short Eager Anxiety set (my folk-rock duo). As a player, Chris possesses that magical combination of speed and consistency that makes him a deeply talented professional and a real joy to wat
Post a Comment
Read more

April 15, 2019
If you like a lot of music and a lot of musicians, making a Top 10 list is hard.  But it can also be fun.  But then hard.  But then kind of fun again.  But then you remember the things you left out and think "oh man, I should've put that in...but then what would I take off to make room for it?"  As with many of life's tasks - fun or not - you must, at some point, cut yourself off and say, "ummmm...good enough (?)" and move on. This sentiment deserves some context.  For the last few years, The Current (89.3 FM) , a Twin Cities-based public radio station (Minneapolis/Saint Paul, Minnesota, U.S.A., for any international readers), has done "The 893 Essential [something-something]" lists as defined by its listeners.  Listeners go to the website and submit their own Top 10 list.  After station personnel tally the votes, the list is broadcast in the order of votes received for each entry.  They air the selected songs during their periodic fund drives.
Post a Comment
Read more
More posts